If you’ve ever wondered what it would be like to become an instant celebrity; throw your cute light haired, blue-eyed kids onto the National-Holiday-packed streets of Shanghai! No sooner had we jumped on the 430km/hr Maglev into the city centre from Pudong Airport than cameras were out, and the girls were being snapped by random passers-by; many of them country folk in the city for China’s week-long holiday, who had clearly never seen a western kid in the flesh before! 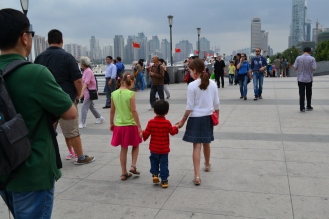 And ohhhh, what a city. I love the feeling of being a tiny cog dropped into the complex machinery of a bustling metropolis. Everyone with a place to go, and on a mission. I’m not sure what I was expecting of Shanghai. All of our energy had been channeled into planning the European leg of our trip, and we thought a brief stopover somewhere in Asia (whichever route worked out to be the cheapest), would be fun, and would break up the long flight home. But the visions I had of families of five on motorbikes, with chickens (memories of Bangkok); of dirty streets and stores filled with cheap “made in…well…here” $2 Shop junk could not have been further from the truth. And we had the town’s best guide to show us the (mostly foody) experiences on offer. 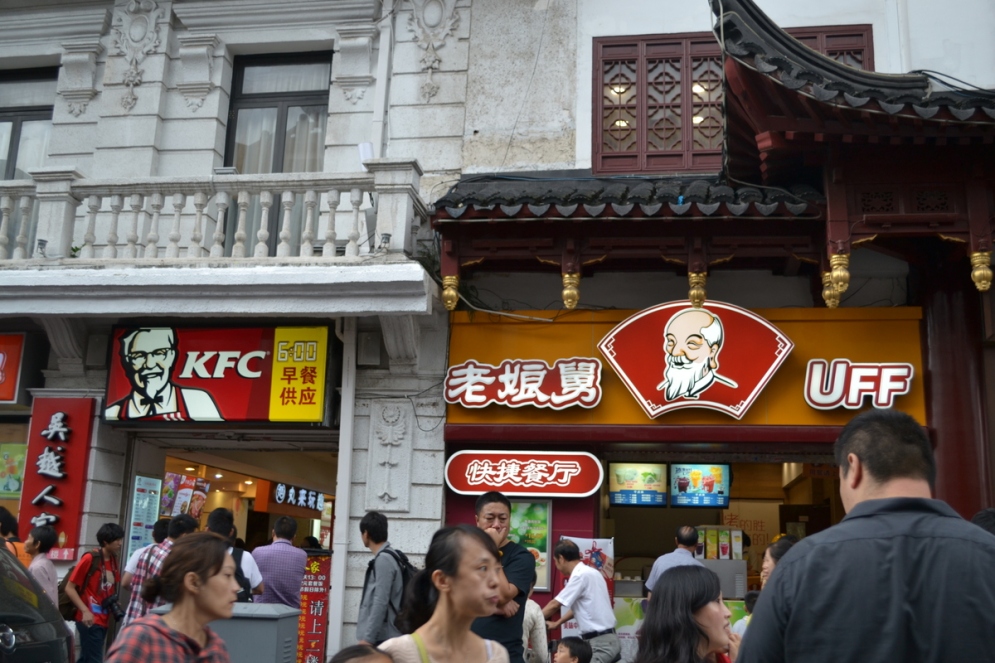 In a moment of serendipity last year, when we were applying for our Chinese Visas, Cam put a note on Facebook about our impending visit. That same day, one of his closest childhood friends from Tassie, Norm, checked Facebook while on holiday in Austria. See, Norm, who has Chinese parents and grew up watching them run one of Launceston’s most popular Chinese restaurants, now lives in Shanghai with his wife (Lucy) and two kids (Miriam and Jeremy). You can’t use Facebook in China. If he had have been holidaying in Europe at any other time, he may never have known we were coming to visit. SO, long story short, Norm, who knows almost every restaurant in Shangers, was our personal tour guide for our 4 day stay. He mapped out the best places to visit, and took us on a culinary tour of China’s various regional cuisines. And the food was AMAAAAAAZING! None of that gooey sugary saucy muck that’s passed off as Chinese food in Australia. No battered, deep fried double cooked meat blobs. Everything was fresh. Everything had its own taste. And we ate WAY too much!

Deep fried Bullfrog. Donkey.  Jellyfish. Hot wine with ginger. The girls tried it all; whether it was spicy, pickled or unidentifiable. Lunch and dinner were enormous banquet buffets, and breakfasts were from a little street-side dumpling bar, with plastic seats and delicious soup filled dumplings served by a lovely ever-smiling man who spent most of the time counting his cash, and trying to explain to us that his daughter was studying medicine in Brisbane. We also had a “Kung Fu Tea” ceremony held for us in a little tea shop; trying different strengths and flavours of teas and learning about correct green tea techniques. 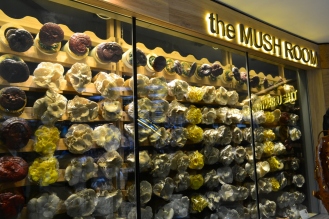 The shopping was SO fabulous. Lucy took me to a craft market, which sold clothing, silk scarves, and  purses that had much better quality leather and workmanship than the sweat-shop versions now produced for tourists in Italy! I didn’t see one “$2” type shop anywhere! “We export most of that stuff to you guys” she joked. But she was so right! Instead of “The Reject Shop”, there were Chanel or Burberry boutiques, or mega electronics emporiums (Cam was in heaven). 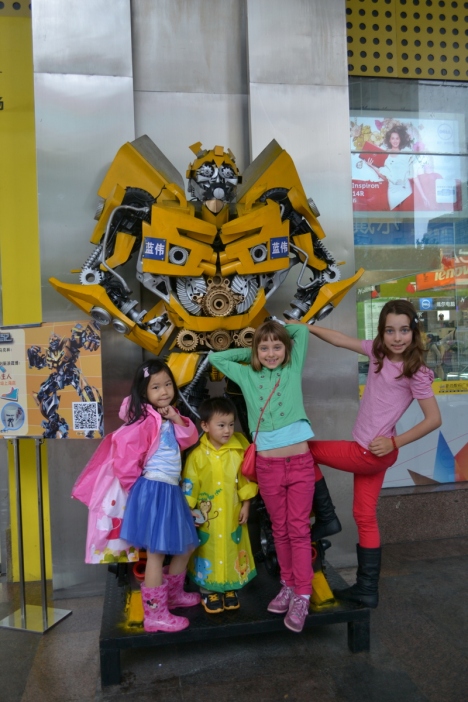 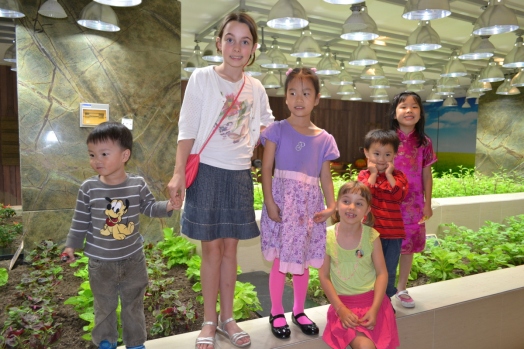 On the streets of Italy, I feared for my life as a passenger. In Shanghai, it’s the pedestrians that draw the short straw. Because there are so many people milling about, if drivers stopped for everyone, nobody would get anywhere. So, they keep on driving. Red light? Just keep driving. Zebra crossing? Ah, just drive. Little kids holding hands and crossing the road? They’d better get their buts out of the way, coz they’re still driving!. We caught cabs everywhere. Luckily Norm sorted it all out in Chinese, because our one “we are clearly clueless tourists” cab encounter resulted in a $10 cab ride costing us $60. The drivers are hilarious, and would all win awards in their throat-clearing; loogie-hocking abilities. I’ve never heard noises like that emanate from another human being!

Because most city-folk live in tiny apartments, the outdoors is where you’ll find most of Shanghai. The parks are filled with older guys gambling or doing tai chi; couples ballroom dancing; ladies playing badminton and extended families enjoying some space. Indoor activities include karaoke (we walked through a karaoke complex, which was more like a hotel room, with over 100 private rooms, all booked out); or going out to bars and clubs. We left the kids with Norm and Lucy’s nanny for a night, and joined some of their friends at a Jazz Club, which served expensive drinks and bar snacks, and melted down into the couches for some sweeeet kid-free conversation and sax appreciation. 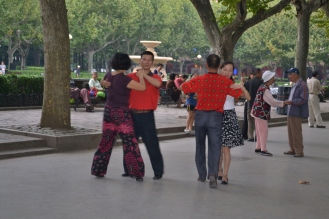 Drink one, I was fine. But after a super strong Long Island Ice Tea (for which Norm ordered me loads of extra ice), I felt horrendously ill, and when we got back to Norm’s place, my head was spinning, my stomach convulsing and my temperature raging. BLEH! “You know how you’re not supposed to drink the tap water here because of bad bacteria…where did they get the ice from?” I asked. “Ah…the tap.”. Hmmm, so it’s not just that I’m an alcohol lightweight after all.

Loved loved Shanghai, and can’t wait to get back for more of an explore…and more breakfast dumplings!