I was apprehensive about visiting Hiroshima. I don’t like the thought of deliberately exposing myself, or the girls, to war, grief or death. But at the same time, staying hidden under a veil of happiness and comfort isn’t particularly realistic. Awful things happened to innocent people, and this would be a way to show our respects.

August 6, 1945 was the day that the people of Hiroshima were the target of the world’s first atomic bomb attack. An estimated 140,000 people were killed. The bomb exploded almost directly over the city’s Industrial Promotions Hall, which in its skeleton state, is now The Atomic Bomb Dome. Nearby, families of survivors show folders filled with photographs and testimonials of people who lived through the bomb attack, and talk about the horrors of the aftermath. 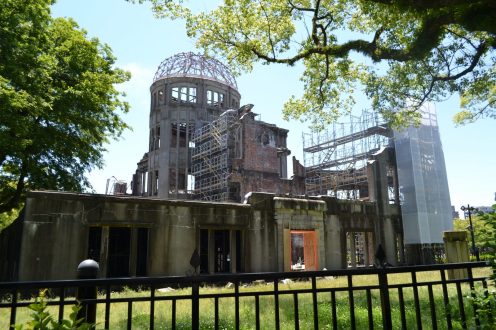 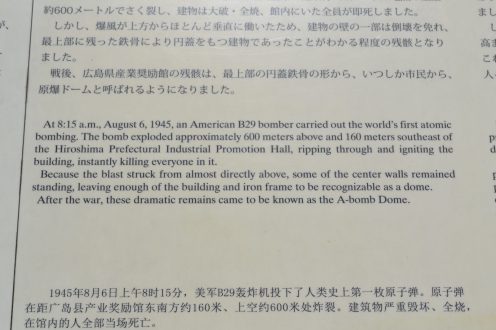 The girls know about the bomb and health repercussions through the story of Sadako Sasaki, a little girl who was 2 at the time of the bomb, and developed leukemia at 11: Avalon’s age. Cranes are one of Japan’s mystical creatures who, it is said, can live for 1000 years. A traditional legend is that if you fold 1000 paper cranes, the Gods will grant you a wish, and Sadako fervently folded when she fell ill. All through Hiroshima’s Peace Park and in particular around the Children’s Peace Monument, strings of 1000 paper cranes that have been sent from schools all over the world as a reminder of her life, bring brightness and hope. There were school groups everywhere, and a few of the gorgeous kids brought us bright paper cranes with the message “We are happy to pray for the peace together” stuck to them. 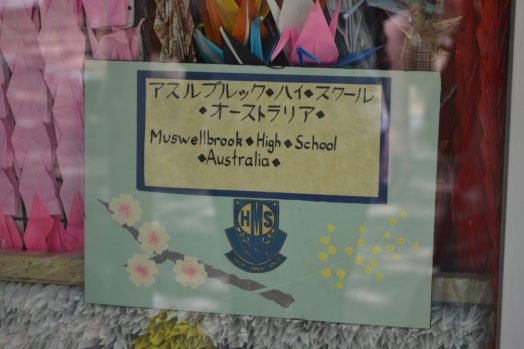 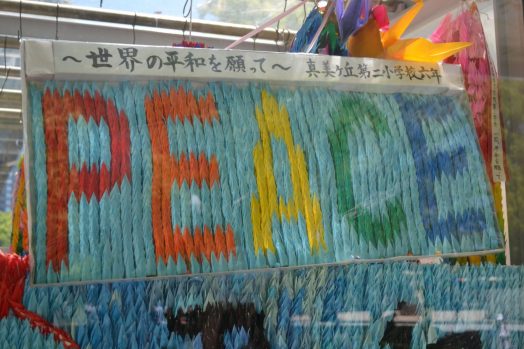 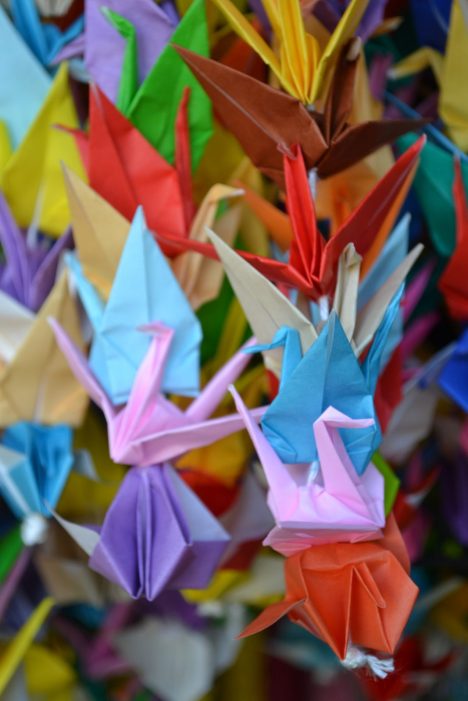 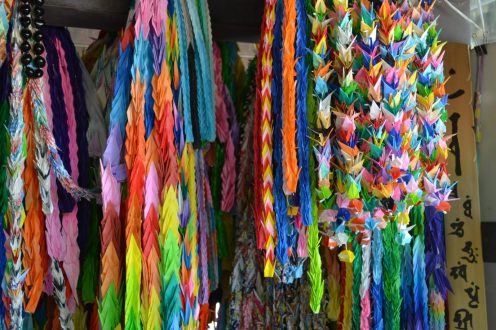 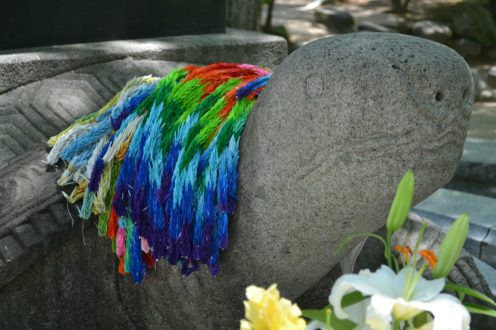 We visited the Hiroshima Peace Memorial Museum. Some photographs and stories were just too confronting, and we ushered the girls through. Seeing the devastation of that morning though…the melted artifacts, photos of school walls with messages from parents searching for their children, and Sadako’s story, with some of her cranes, was heart breaking. May a tragedy like this never happen again.

We found an amazing seedy mall, Okonomi-mura, an homage to Hiroshima’s noodle-filled brand of okonomiyake for lunch. Three floors of deliciousness! The ladies at our chosen stand were masters of the art. A layer of pancake batter, handfuls of cabbage, beansprouts, cracker things, herby stuff, noodles, bacon, a thinly fried egg as a lid, and somehow it all cooks down into the most delicious, cheap, lunch ever. You keep it on the grill and cut with a little spatula, douse it in a BBQ type sauce and devour. 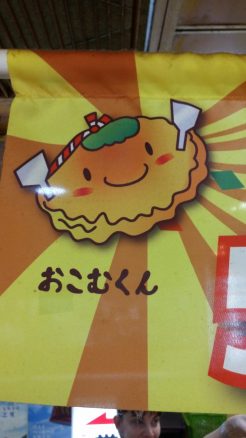 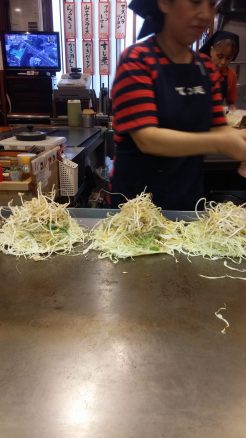 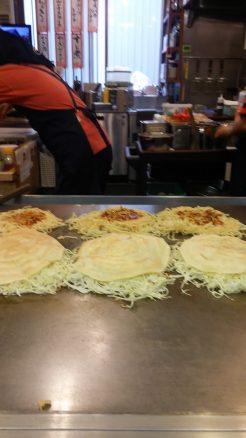 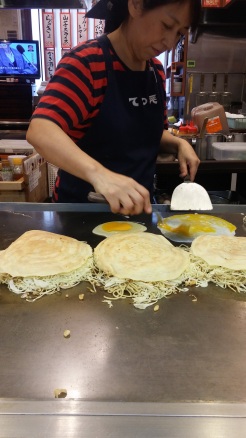 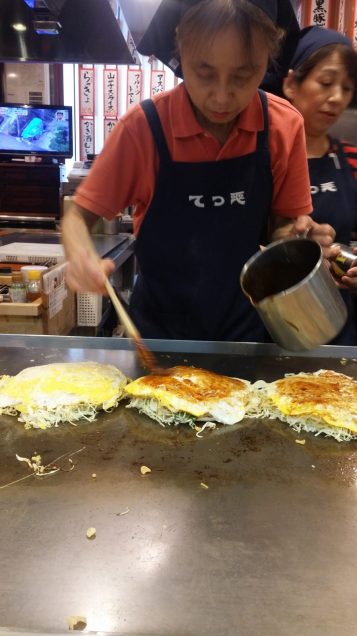 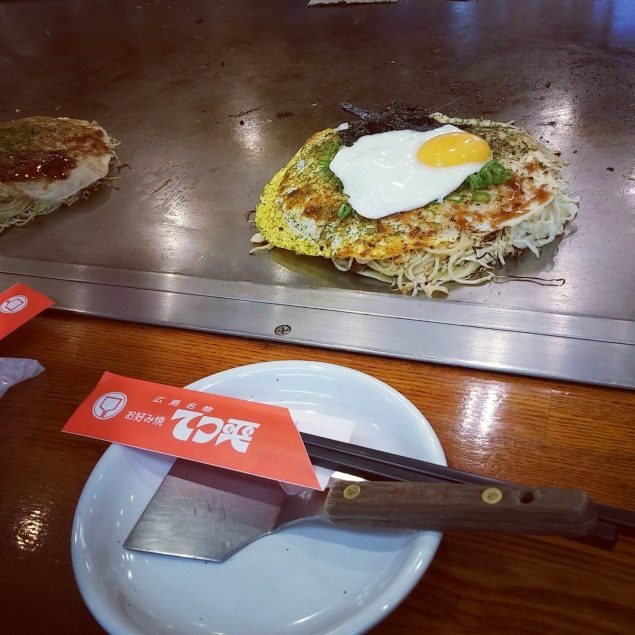 We then made our way to Miyajima, home of the famed vermillion torii gate of Itsukushima-jinja, which features on many a brochure for Japan. It’s known as one of Japan’s “three best views” (as voted by…one guy…in 1643!), and as the sun set on a warm afternoon, it didn’t disappoint; looking as though it was floating on the water pointing out an ancient city below. 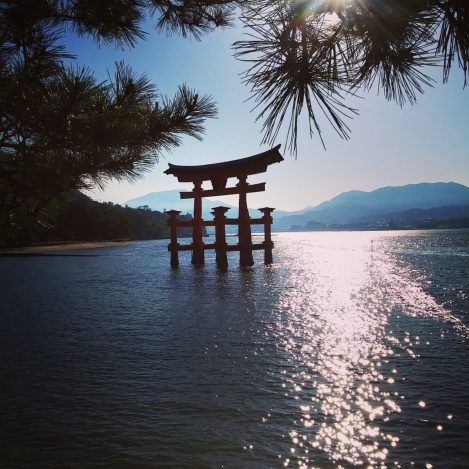 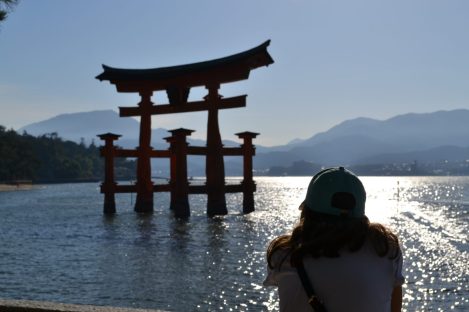 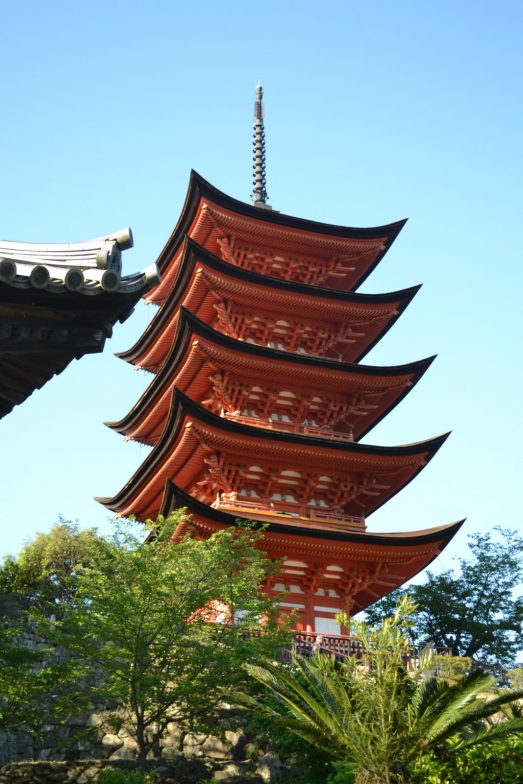 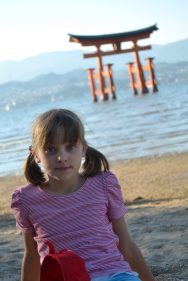 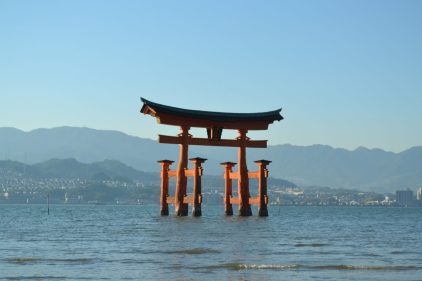 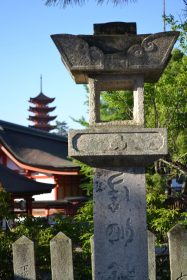 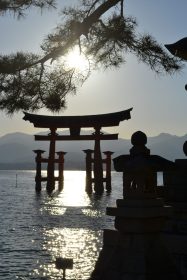 Also of note on Miyajima, the wandering deer, and much to the girls’ excitement, the World’s Largest Rice Paddle. And we got to see it in the flesh. WOOOOHOOOOOOOO! 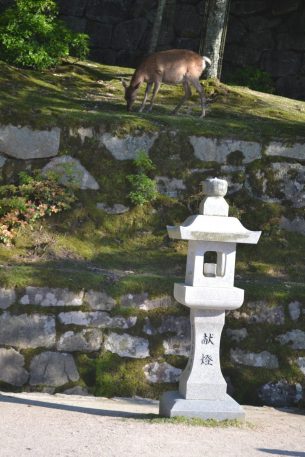 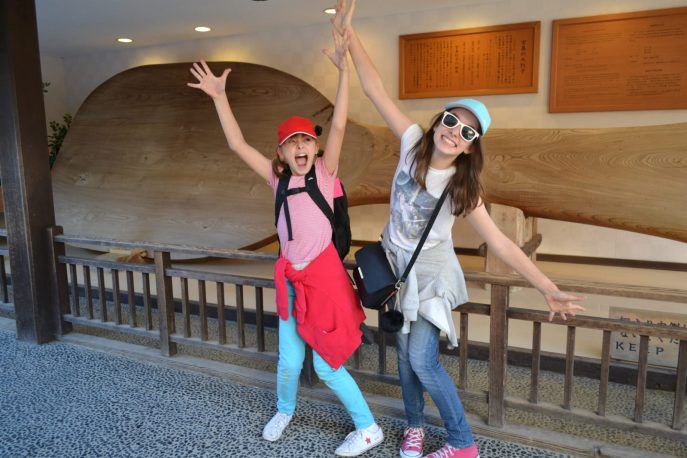 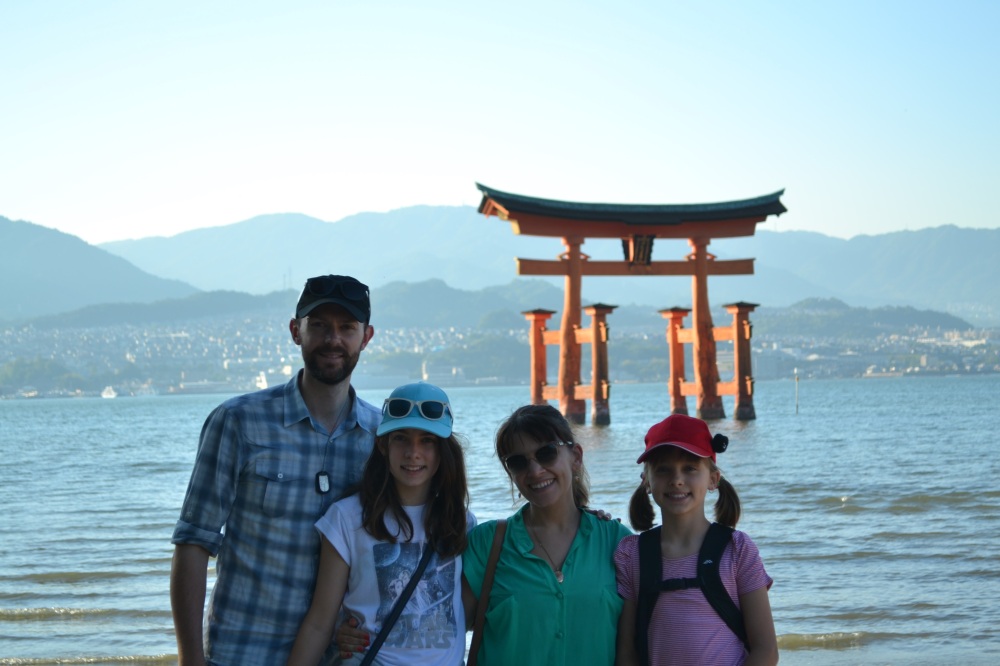