I tell you what. I’m REALLY looking forward to the whole of Europe being back at school. I think there are currently more tourists in Munich than Munchners! While the Italians are busy gesticulating wildly and yelling at each other, there is a cool calm about the Bavarian folk. Whether they’re riding their bikes, downing an ale, or strolling along the strasse, they’re generally self-assured and relaxed. And with timeless preppy-casual style. Most of the men here are tall, and lean, and wear a GREAT suit. The women are fashionable, but not in an easily dated “trendy” way. It’s all ballet flats, casual pants, a cotton shirt and neat scarf. Most look like they’ve stepped out of a Tommy Hilfiger catalogue. Apart from one exception.

While still looking fabulous, I really wasn’t expecting people to be wearing traditional German clothing as a part of everyday life. I thought the dirndl and lederhosen were for dress up events – Oktoberfest, maybe small-town festivals. But no! We’ve seen older couples going out for a night on the town, her dressed in the full cotton get up, with white blouse and full bright dress, and the gents in leather long shorts teamed with a checked shirt and collarless jacket. Even spunky younger guys might wear the leather shorts with a collared shirt…and it looks right! Cam is tempted to buy some of the shorts, and with those legs he sure could pull it off, but at over $200 a pop, I think it’s one souvenir we can live without.

We’ve had a busy time of it in Munich. Sussed out the difference between the U-Bahn and S-Bahn (trains), trammed it all over town, and done LOTS of walking.

On day one (Tues), we visited the Alte Pinakothek…the old art gallery. It was full of incredible paintings, and the girls got right into it. Boticelli, Da Vinci, Titian…and mostly pictures that aren’t already etched into our brains due to over-exposure. Look at the awe on Pomme’s face! This was her favourite, by Rubens. The largest canvas in Europe, and the dimensions of the gallery were decided to house this picture.

Next stop on the to-do list was dinner at the Hofbrauhaus, complete with enormous litre steins of beer, an oompah band and all the Bavarian atmosphere you could poke a pretzel at. Except the place was soooooo packed, it was seriously ridiculous. We’re talking a restaurant that can seat 5000 people absolutely chockers!

Ah well, THANKS Lonely Planet. You spoiled our dinner.

Next day, it was off to the much-anticipated Deutsche Museum. Six floors of museumy goodness. Well, so I was promised. Avalon loved the Astronomy section (dang, no Astrology section – more up my alley), and Cam was drooling over the old computer stuff. But this… 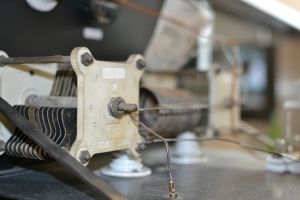 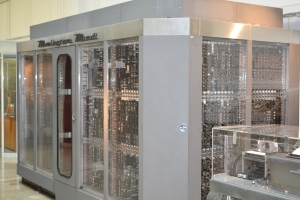 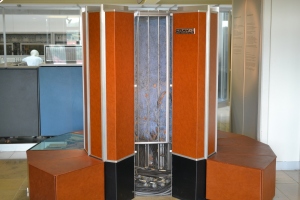 Are DEFINITELY not my idea of a good time. Cam, especially with that last thingy (the Cray Mark I Super-computer), was all a twitter.

I hoped for something a little more interesting, if not prettier, on the other levels. Where were the old costumes, sparkly gemstones or stuffed ferrets?

I DID enjoy the old camera gear. And a beautiful old loom. But to be honest, I couldn’t wait to get outta there!

Thursday – Schloss Nymphenburg. Now THIS is more like it! A castle, with frescoe-ceilinged ballroom, gilt everything, summer palaces on the vast property galore. Golden sleighs with fur covers for the king, tales of illicit relationships, and loads of guff on our new favorite royal, King Ludwig 2nd. What a guy! The Elton John of his day. He truly was a fancy ol’ pants. The number of golden carriages and winter snow sleighs, and costumes for his horses was just amazing. Our other favourite part of the palace was the “Gallery of Beauties”, commisioned by his grandpa, King Ludwig the First, who didn’t mind to gaze on a pretty damsel or two. He had portraits of Europe’s prettiest girls painted and gathered up for his own personal pleasure. One woman I need to know more about is one of his mistresses, Lola Montez. Born in Ireland, she concocted whole life stories for herself (that she was a noble Sevilliana dancer), and managed to squeeze herself into the Bavarian court…even managed to cause the abdication of Ludwig when he made her a countess! 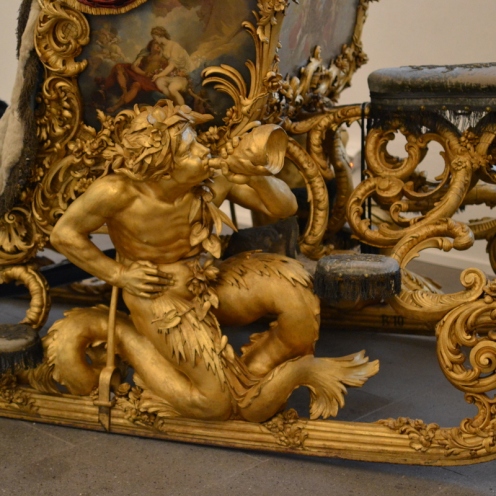 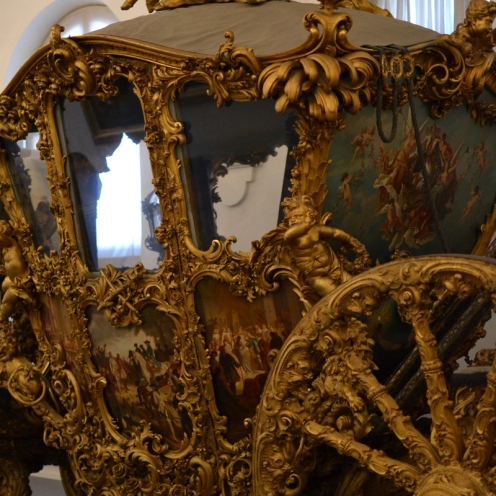 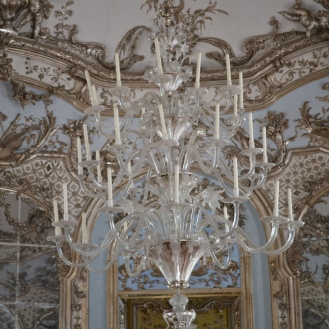 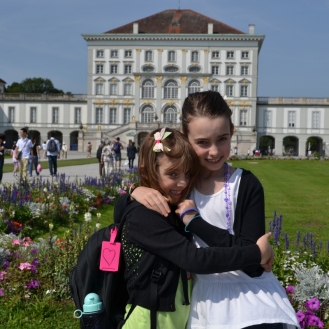 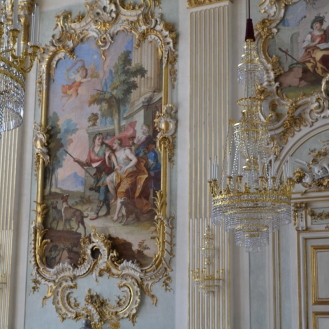 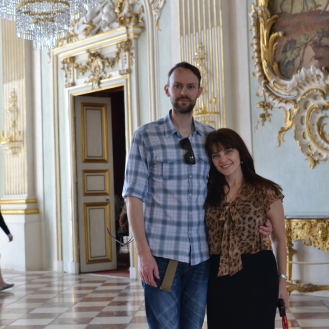 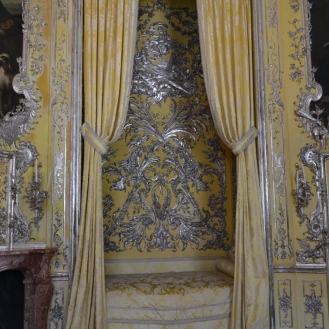 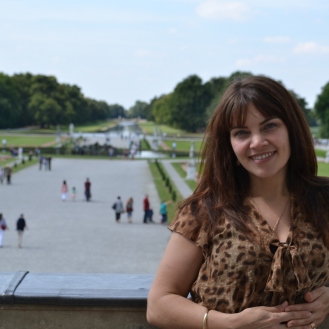 We really could have done with another couple of days here. It’s been wonderful. Next stop, Austria. “The Hills are Alive…”