When your kids’ favourite show includes segments on “Groovy Greeks” and “Rotten Romans” (if you have kids in upper Primary, you’d know “Horrible Histories”), it’s a given that visiting ancient ruins is going to be a hit. And yes, even though we’re in Italy, there are ruins of the Roman AND Greek variety. The temples of Paestum are some of the best preserved Greek archaeological ruins left in the world. The site was founded in 600 BC. OVER 2500 YEARS AGO PEEPS, and was originally called Poseidonia. Temples were erected to Hera, Athena and Neptune, and a thriving town of 13,000 grew, with paved streets, houses, sewers, drains and thermal baths. 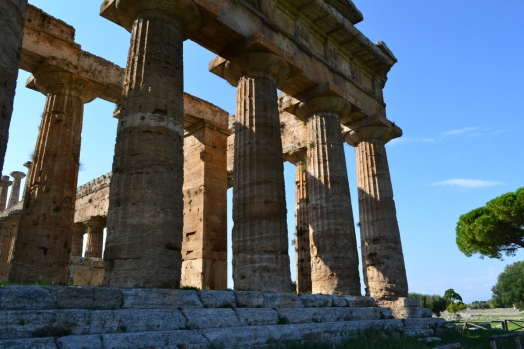 When Rome ruled the roost 600 years later, thankfully they kept the temples intact. The Romans may have been “Rotten” in many ways, but thankfully one of their major beliefs was that the conquered masses would be much easier to manage if they were left to practise their own brand of religion. They respected others’ sacred areas, and let them continue to use their original places of worship…as long as they knew who was boss and paid their taxes!

Still, that was EONS ago. Why are the temples still looking so fab? The town was left abandoned by the Greeks and the Romans, after Roman expansion disturbed nearby marshland. Marshland=mozzies. Mozzies=malaria. Malaria=population wipeout/mass exodus. The city was hidden by overgrowth for years, until the mid 1700’s when a Count from Naples happened across the area, decided to make some sketches, and had them published in Paris. Nek minut…aristocrats and intellectuals rolled up, pooled their cash, and archaeological work began. The museum near the site is filled with precious urns, statues and still-liquid-honey dug up from the site. Their most prized treasure is the “Tomb of the Diver”, the fresco-ed interior of a Greek tomb dated to 470 BC, depicting a bunch of fancy lads getting merry in celebration of life, and the gent’s “dive” into the afterlife.

From wandering around a near-deserted archaeological park; to the frenzy of “see, I’m learnin’ me some olde worle stuff n’ ‘nat” tourists in Pompeii. When I visited back in 1997, the place was empty! No queues; no enormous clumps of ear-pieced tour groups; and when an eye-flutter and kiss (on the cheek!) got my friend and I a free spunky guide for the day. Oh how times have changed. For starters, Cam didn’t even let me TRY the eye-flutter trick. And now, the place is massive. They’ve dug up loads more since then, and a few-hour wander has turned into a full day trek. Only about a fifth of Paestum has been excavated, but around 50 of Pompeii’s 66 hectares have been dug up, revealing stadiums, mosaics, furniture, homes, taverns, and their infamous brothel. There were so many tittering Americans lining up for that one, we refused to have a bar of it (2 x double entendres intended). 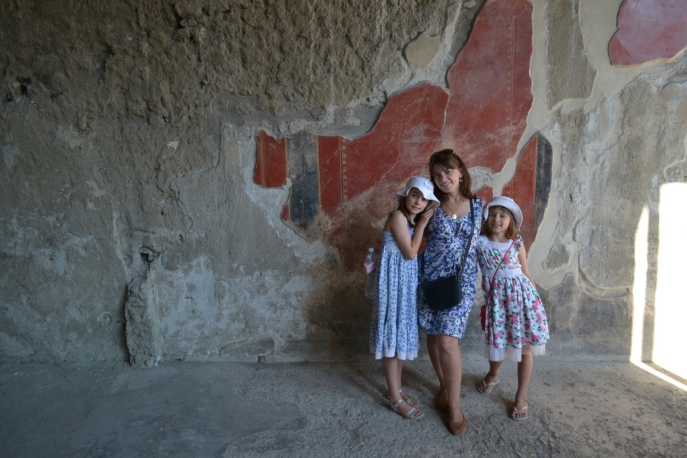 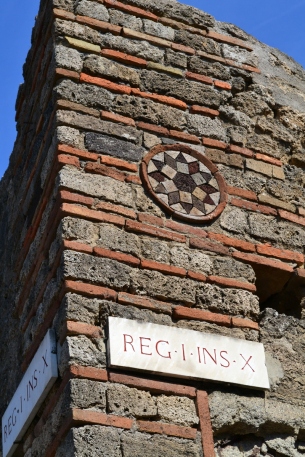 The most terrifying display shows the casts of people, including a mother and child, cowering in fear, preserved forever as their town was covered in 6 metres of ash after Mount Vesuvius’ angry AD 79 attack. An horrendous demise to 2000 Pompeii residents, but an historical blessing to have a whole town preserved in time.

“Bastille” were happy with the result too (knowledge of 2013 chart music essential to get that one).