We launched into today with such hope. After the temple-a-thon yesterday, we thought a kid-friendly change of pace was in order, and so decided to head to Toei Kyoto Studio Park, or as we’d been talking it up “Ninja Park”. Toei  is a Japanese film and television production company, and they have a massive lot in Kyoto with sound studios, production facilities, and an open-air historical Edo village where they actually film all of their period dramas. They use the space they’re not filming in as a tourist attraction, with alleged thrilling ninja shows and costumed staff members roaming the streets. 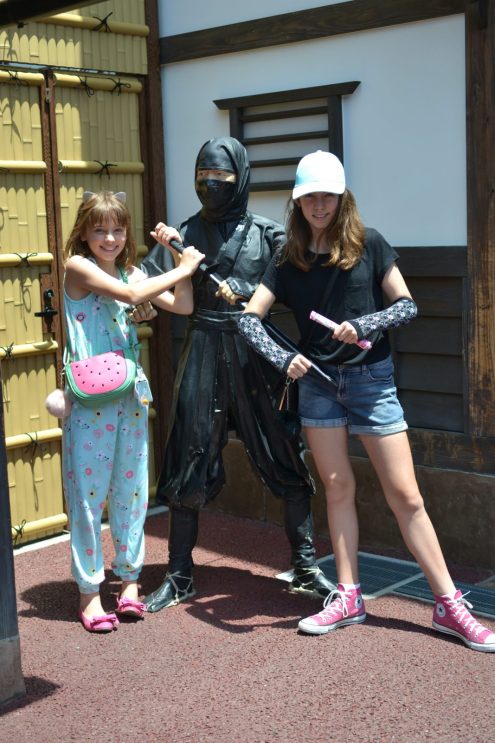 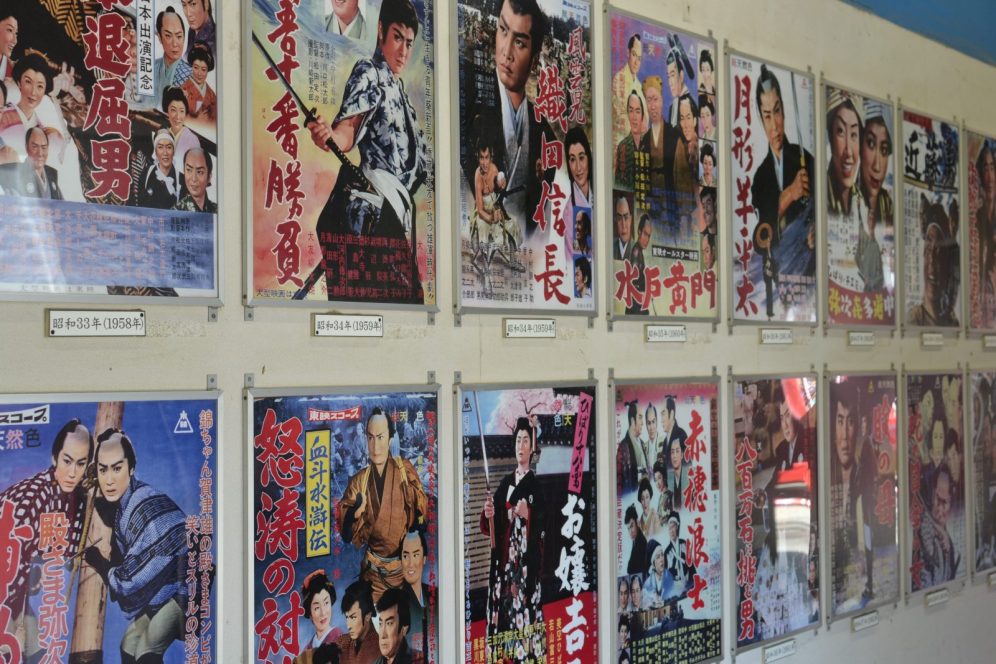 Sounds like a fun Japanese Sovereign Hill day out, right?

Wrong. It was terrible. The couple of staff members in costume may as well have been filing their nails they looked soooooo bored. The girls did a couple of the activities that you had to pay extra on top of the entry price to do (lucky for us one other bored patron flicked his spare tickets our way as he left), and were less than compimentary about the “Ninja Training Dojo” and “Laser Mission: Escape the Castle”. 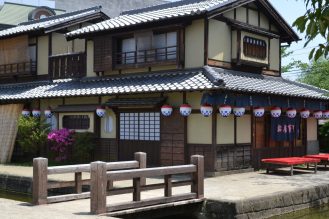 It’s a worry when the highlight of your experience was having random kids come up and chat with us! There were loads of school groups there, and the kids were just delightful. They’d been given a list of English questions they had to ask, and they were tracking down non-Japanese tourists using their ninja skills. Cam seemed to be the favourite target, and after being asked his name, age, favourite sport and nationality , they’d pass over a little paper origami crane.

Seeing historical Japanese films being made was interesting too, although most of the action was going on behind roped off areas. We could see the extras sitting around, the child actors playing in their spare time, and all the equipment getting coated in a fine layer of dust. The Ninja Show in the theatre was a bit of “Monkey Magic” fun, with karate stunts, a few high kicks, some dodgy sound effects and costumes…but nothing you wouldn’t see at a kids’ martial arts class anywhere back home.

There was an “Anime Gallery” (some figurines in a glass case), “Popular Animation Spring Party” (some dancers in creepy masks jumping around), and well, there’s not a whole lot more to say about it.

Thankfully, our day got better after some okonomiyaki (a savoury pancake) for lunch in Kyoto city. I ordered squid and kimchi. Love the bonito flakes dancing on top!

We wandered through the Nishiki food market. I’d love to know what that food was, because it all looked amazing. Seafood, pickles, sweets. So much colour and variety, as well as souvenir shops and take-away treats. 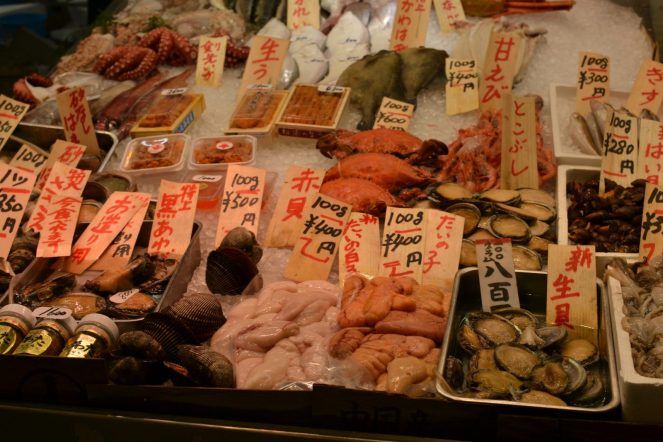 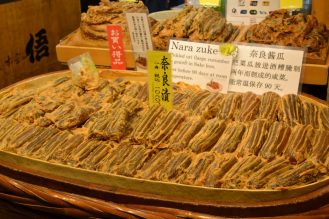 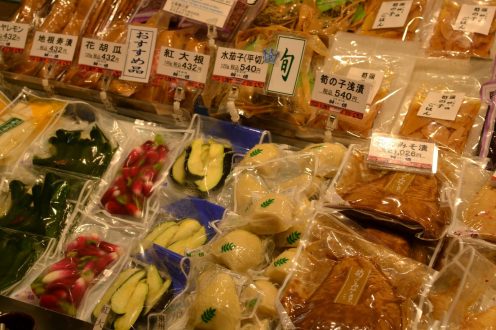 There is already a clear difference between the people in Tokyo and Kyoto. The stress and pressure obvious on the folk from the big smoke just doesn’t seem to exist here. Everyone is friendly (not just polite), classy and well dressed, and the women have a bit more sass. There is a glorious artsy air, and we saw more people eating for pleasure and not just for fuel. Groovy dudes playing jazz on the side of the road, older couples strolling arm in arm. Looking forward to getting to know more about Kyoto.