Today we visited Japan’s first permanent capital, Nara. It’s home to a bunch of temples, museums and galleries, but the two main attractions are the Great Buddha (“Daibutsu”) and his hall; and the 1200 wild deer that roam the city’s main park. Their title of “National Treasure” allows them to  wander through the streets (signs are up to warn motorists), laze across the grassy areas, and nuzzle up to the thousands of visitors, searching for round disk biscuits you can buy from vendors in the park. 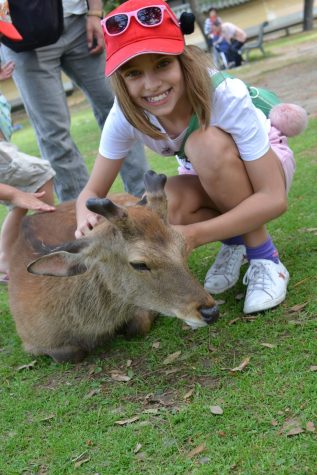 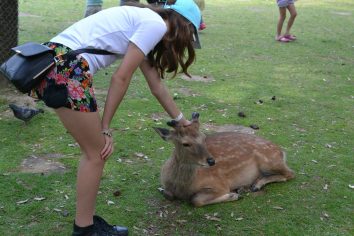 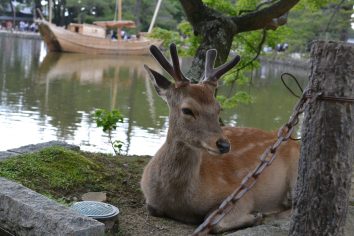 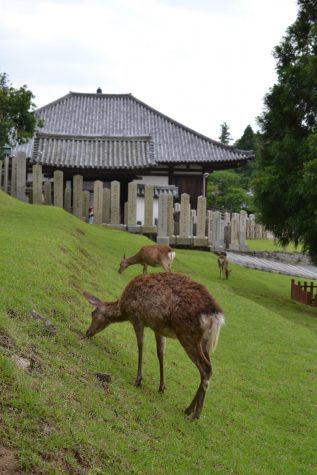 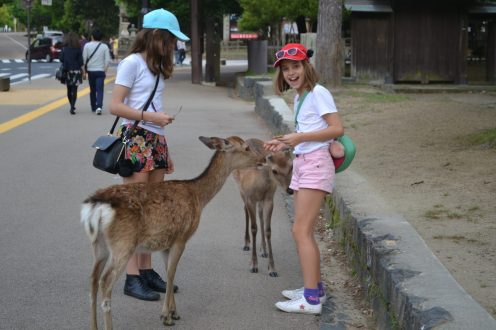 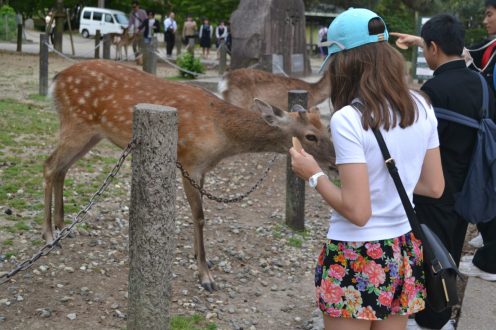 After lunching on some supermarket sushi by a lake, we checked out Kofuku-ji pagoda, and followed the throngs of people to Todai-ji (Eastern Great Temple). 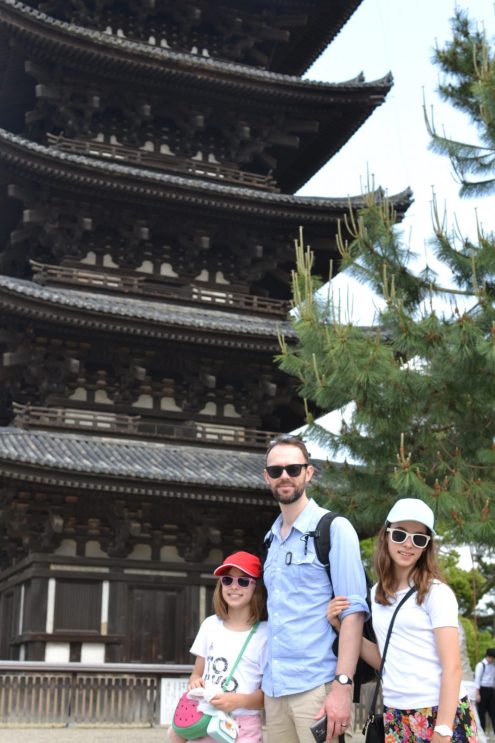 Building of the Great Hall in which our large friend is housed began in 743, when the Emperor of the time decided a grand project needed to be undertaken to protect the country from disaster. The manpower and cost was immense (it nearly sent the country broke), but the results were astounding. The Daibutsu is big. He’s one of the world’s largest bronze statues, and was completed in the year 751. Sure, he’s had a few touch ups since then, but he still looks fabulous for such an elderly gent. His hall is one of the largest wooden buildings on earth, and somehow, even with thousands of tourists and school groups flocking to see him, there was still room to take him in, and check him out from all angles. 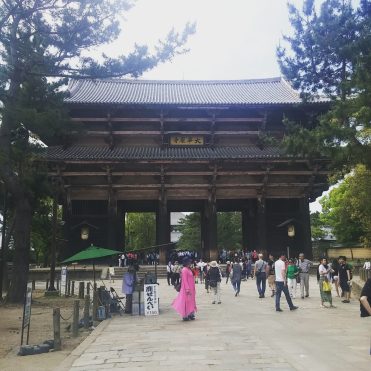 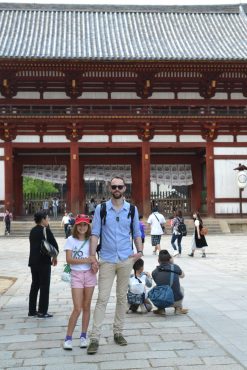 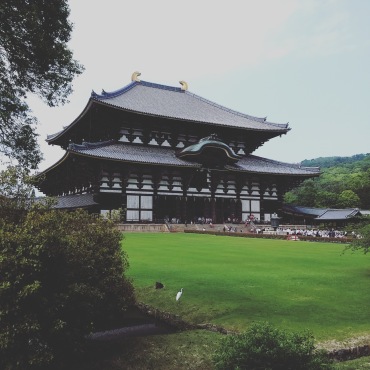 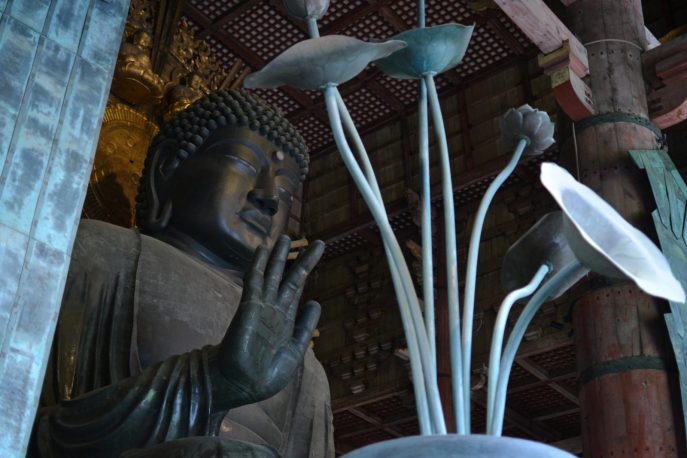 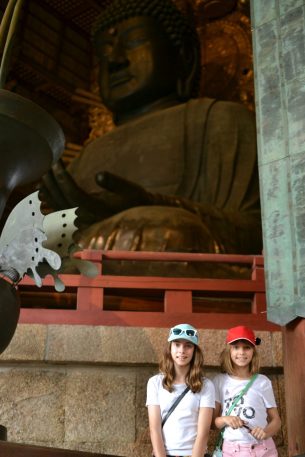 He’s 15 metres tall. His ears are 2.5 metres long, and his nostrils 50 cm wide! That may sound big for a nostril, but a tradition in the Great Hall lays behind the Great Buddha in one of the timber pillars. There is a hole of 50cm, exactly the same size as his nostrils in the pole, and a queue of schools kids line up to squeeze through. It is said that if you do fit, you are ensured of enlightenment in your next life. If not, I’m guessing bitter embarrassment? Both the girls were through, so lucky them! 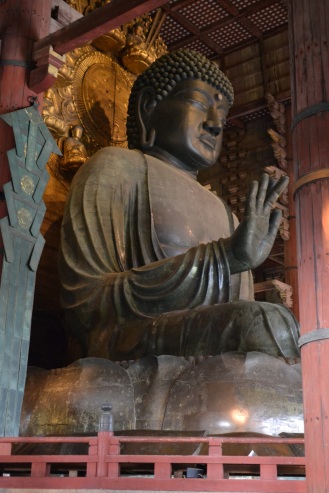 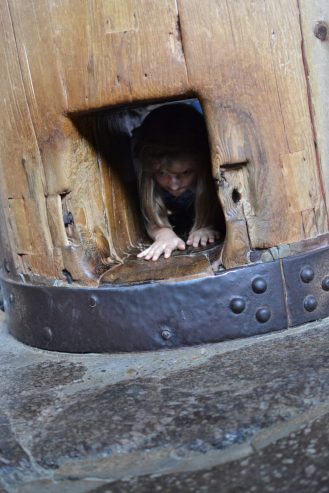 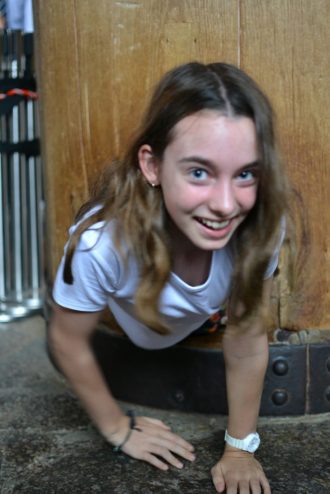 Peeling away from the crowds, we climbed up deserted staircases to a beautiful secluded temple overlooking Nara. Nigatsu-do had that mystical feeling you expect from a place of worship, with huge paper lanterns swaying gently, long clear vistas, and the smell of incense filling the air. And the omnipresent deer lurking about. They may be regarded as “messengers of the gods” here, but while they were super lovely, the main message I got from them was “Make sure you wash your hands after you’ve touched us. With soap.” 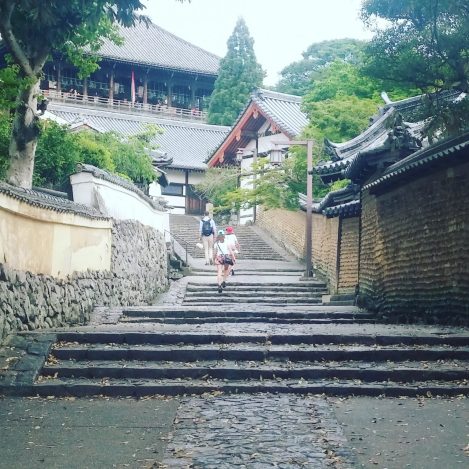 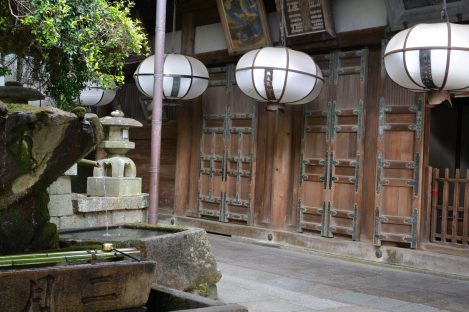 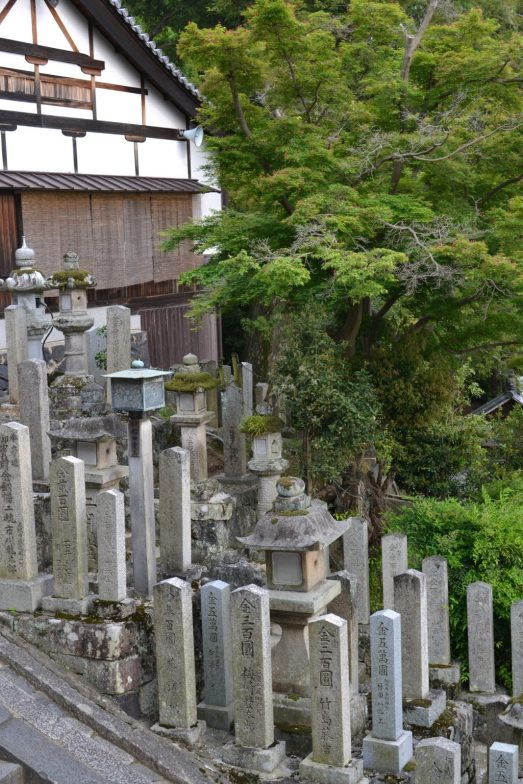 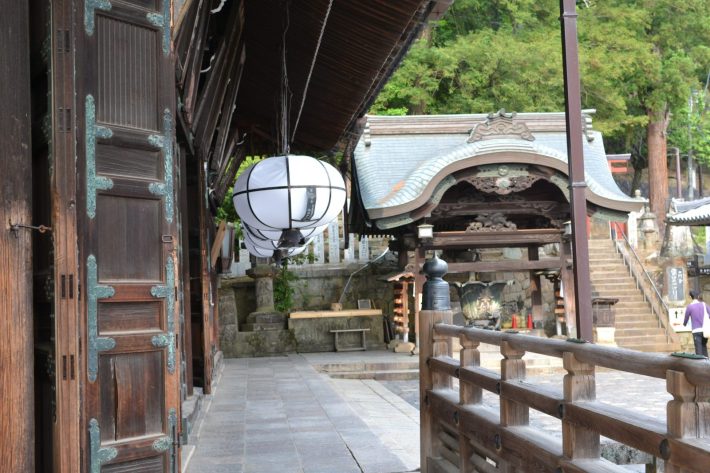 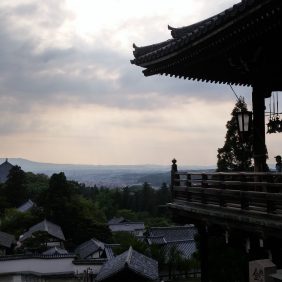 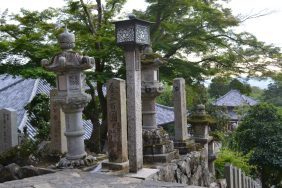